A Brief History of the Club

Several meetings were held before the new club was chartered on 15th May 1974. 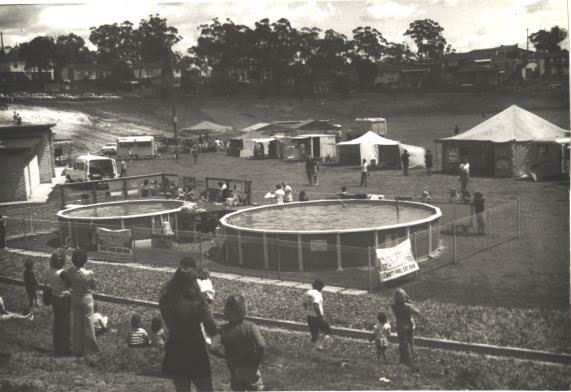 The club officially chartered with 60 members which, at the time, was an Australian record for a new Lions Club. Membership in this new club peaked at 97 with 19 new members inducted 17 months later, in October 1975. This induction of new members was also a record induction into a single club in any one month in Australia. The club still has two Charter members, and one member who joined in the Charter Year, on its books.

Club records indicate that over the past 40 years hundreds of local citizens in the Lugarno, Peakhurst, Peakhurst Heights, Riverwood and Mortdale areas have passed through the Club as active members. This would indicate that the club remains a very important and active volunteer organisation within the Georges River (formerly Hurstville City) Council area.

The first major fundraising project was the Club’s Cyclone Tracy Appeal in December 1974 where a street bucket collection raised $5,300 for the victims of Cyclone Tracy.

The most successful fundraiser was the St Vincents Lion Heart Appeal in 1978/79 to support the late Dr Victor Chang and his world-famous heart transplant unit in the Cameron Wing of St Vincents Hospital. The Club’s efforts raised a net amount of $504,000 which was donated to Dr Chang and his team.

In 1979 the Club supported a small Education Week event at Gannons Park, Peakhurst which has since evolved into the Lugarno Lions Spring Festival, an annual event since 1979. The Spring Festival is currently the largest event of its type south of the harbor and attracts around 40,000 patrons each year. Event planners are always seeking new and exciting additions for the festival. Some years back a Classic Car Show was introduced then, later still, a Show Jumping Spectacular featuring Olympic class equestrians. The event is 8-9 months in the planning for a one-day event on the third Sunday of September each year and is a major fundraiser for the Club. 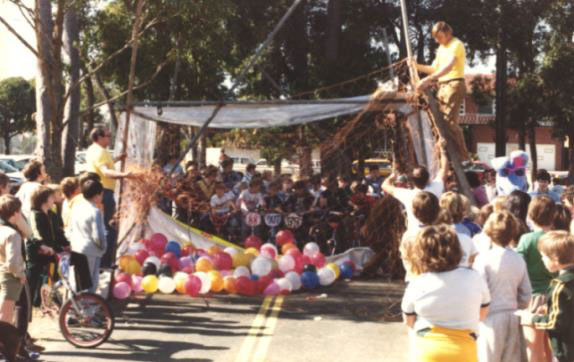 A notable fundraiser was the “Sports Stars for the Drought” event in 2007, which raised $11,860 through the generosity of businesses and individuals in the St George area. This money was combined with a generous cheque from Hurstville City Council for $20,000 and forwarded to Tamworth Lions Club for distribution to a number of needy communities in the drought affected areas. The total amount donated to the Tamworth area was $31,860.

It is interesting to note that through the tireless work of Club members and the generosity of the local community has resulted in donations exceeding $2 million since 1974.

Some of the major benefits provided to the community by Lugarno Lions include:

Additional information can be found in our 40th Anniversary booklet –